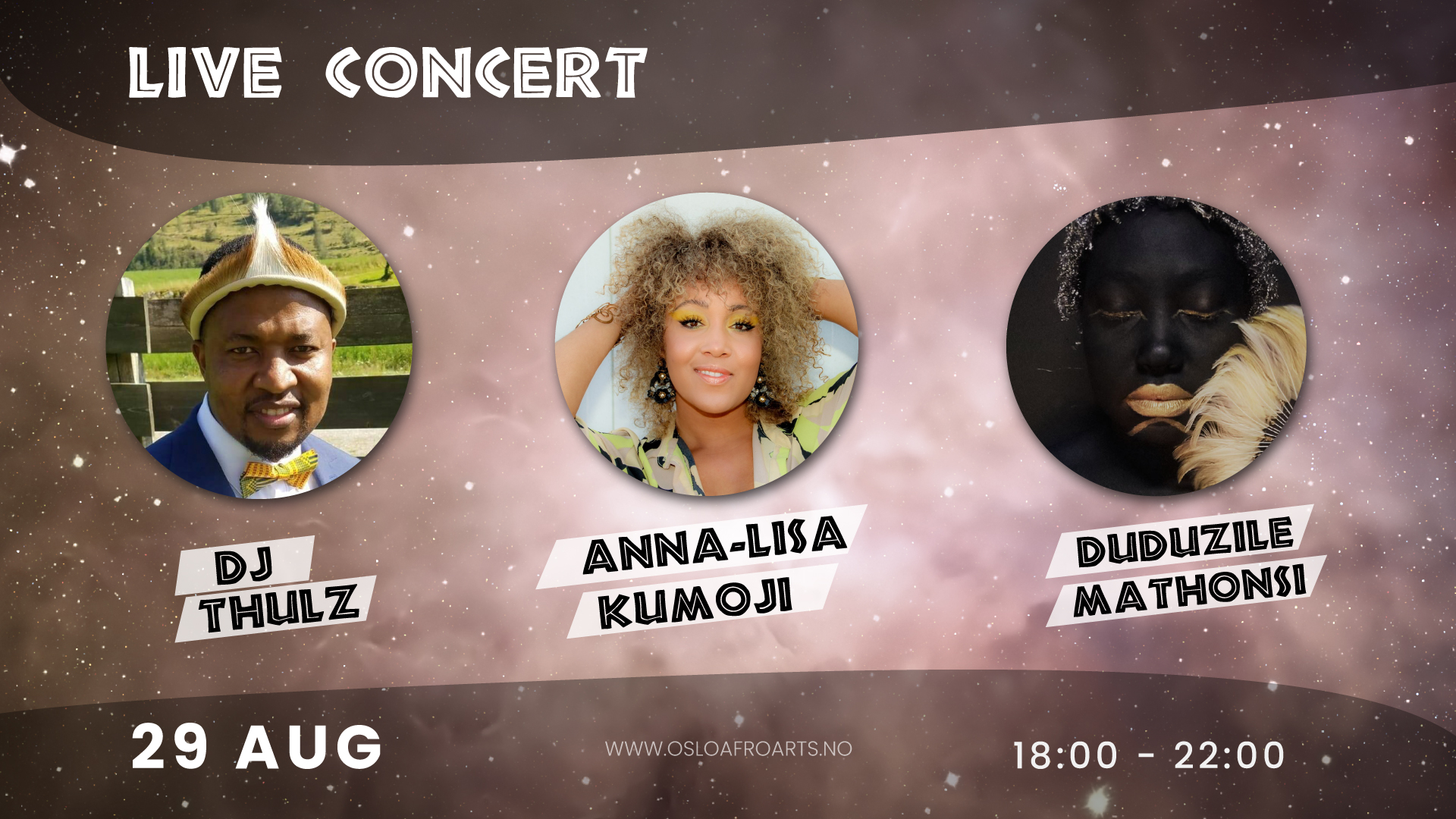 OAAF is proud to present this FREE live music concert at Cafe Sør featuring Anna-Lisa Kumoji, Duduzile and DJ Thulz.
Duduzile
Duduzile Mathonsi is a writer, performance artist, voice artist, writer, theatre-maker, Content creator and public speaker. She has extensive experience in South African television, film and radio production, as a producer, director, screenwriter, presenter and actress. Duduzile is also a certified journalist who has worked for South Africa’s biggest media houses. Mathonsi has a 3 year National Diploma in Language Practice from the Tshwane University of Technology in South Africa and graduated as the first black woman at the Norwegian Theatre Academy “Høgskolen i Østfold with a B.A in Acting. As a Linguist, Journalist and performer, the core of her work is storytelling. She explores different mediums and ways of telling stories through movement/dance, voice/sound, storytelling and activism. Duduzile currently has an Instagram talk show called “The Black girl in Norway show ‘the talks’, Which is an extension of the Black girl in Norway show on her youtube channel. Duduzile has also played one of the Maya’s from for the Nordic black production “Black women rising” in 2019.
DJ Thulz
Dj Thulz (Thulani Maluleka) has been crafting musical journeys for more than 6 years in South Africa and Norway. He is a Dj/producer and music teacher. Dj Thulz has been Djing in different events and creating live events on Facebook and Instagram. He likes to play music that create happiness and good vibe such as Afro house, deep house, afrobeats, RNB/hip hop, dance hall and Amapiano.

He has been creating events in South Africa to develop opportunities for the Djs such as him and others. He wanna see himself sharing different music around the world and keep the love of music alive.