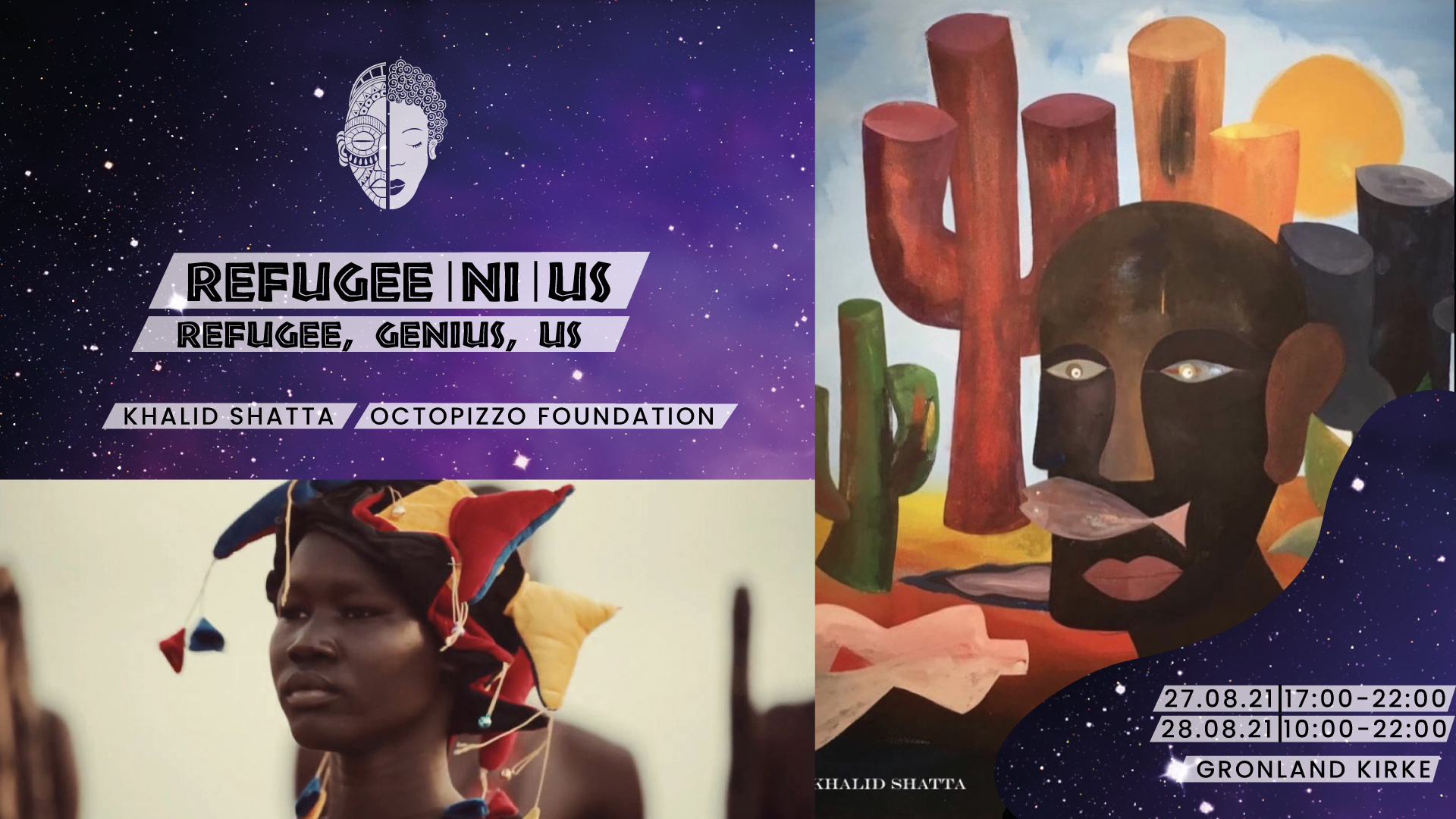 “Refugee, genius,us ” is part of a two-part exhibition platforming refugee and former refugee artists. OAAF, in collaboration with the Oslo-based painter and curator Khalid Shatta, will be celebrating the creations of otherwise marginalised artists. The title highlights the artistic talent that is being showcased, and the power of collective creation which forms the fundament of the exhibition project.

It is also a homage to the “Refugeenius” album, one of the inspirations behind this project. The album is a beautiful piece of art in which artists from refugee camps in Kenya collaborated with Octopizzo, one of Kenya’s most profiled hip-hop artists, to produce music pieces and videos. We now have the unique opportunity to showcase their work alongside the masterful paintings of Khalid Shatta.

Khalid’s work is inspired by modernist painters, but also by ancient civilization and culture, and highly influenced by the diverse local figurative style and patterns of his birthplace, Sudan. In his paintings, Khalid aims to portray the vast diversity of forms, colours, patterns, sounds and smells deriving from the country.

The photographs that are showcased in the exhibition will be available for purchase. The sale proceeds will be donated to programs of the Octopizzo Foundation which empower youth in slums and refugee camps in Kenya through music, arts, creativity, and sports.